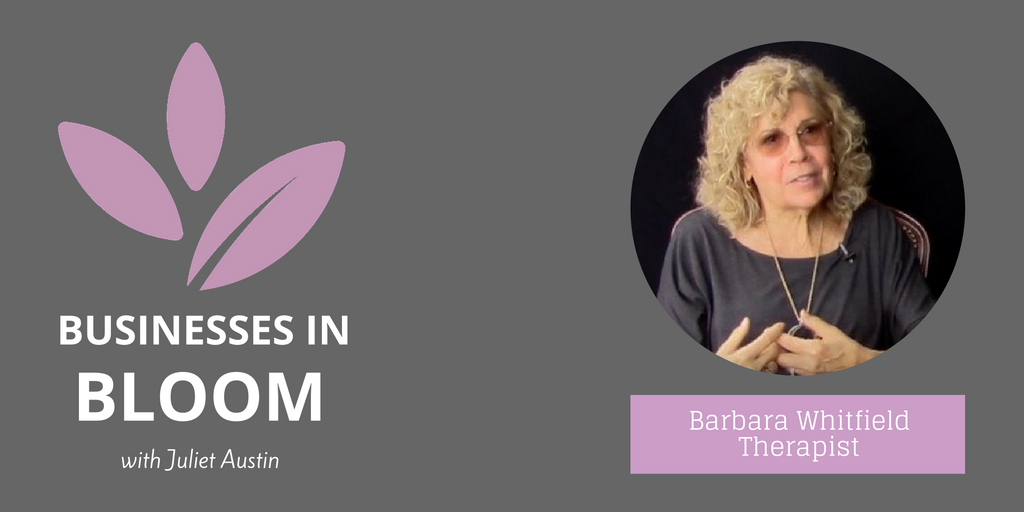 Barbara Whitfield is a psychotherapist, writer, and medical marijuana activist. In this episode, she discusses an injury she had which led to a near-death experience (NDE) and a long recovery that eventually brought her to the therapy profession. Barbara talks about her 10 published books and working with her husband, Charles Whitfield who is also a therapist. She also discusses her new passion as a medical cannabis activist.

[1:55]  Barbara explains how she came to be a therapist. 50 years ago she was a housewife with 3 children. She then broke her spine, in the early 70’s. She was put on increasingly stronger painkillers to numb the pain, but they weren’t helping. On her 5th hospital stay, the doctors decided to perform a spinal fusion.  Her recovery was very difficult and she almost died.

[3:38]  Barbara talks about her first near-death experience in the hospital and how peaceful she felt.

[5:30]  When Barbara told the morning nurses about her ner-death experience, they said she was hallucinating, and sedated her. She had another NDE soon after and this time she saw her infant self, followed by a sequence of events from her life. These experiences changed her from being a victim (and an atheist) to a survivor who became spiritual.

[7:55]  Barbara overheard the nurses saying the doctors had lied to her and instead of being in a body cast for 6 weeks, she would be in one for 6 months.

[8:31]  She visited a psychiatrist 3 months into her body cast.  The psychiatrist prescribed her antidepressants. She chucked those and a friend gave her a marijuana joint which she smoked. She instantly felt relief from her depression.

[9:48]  After Barbara got out of her body cast, she started volunteering at the same hospital where she was a patient, spending time with people who were dying. She went back to school to study psychology and started writing about her time working with terminal patients.

[11:14]  Barbara did 6 years of psychology research on patients who have had near death experiences. This was her introduction to psychiatry. She co-led a psychotherapy group with Bruce Grayson. From there, she met Charlie Whitfield. The have now been married and working together for 20 years.

[12:55]  Charlie now works at the CDC, and he and Barbara both see therapy clients from their home office in Atlanta. Barbara wrote a memoir at age 47, called “Full Circle: A Near Death Experience and Beyond.”

[14:07]  Barbara talks about her client base. She sees many people who have suffered childhood abuse, and a lot of them have PTSD. Many have also had spiritual experiences.

[16:00]  Barbara discusses her current book, which is about the medicinal uses of cannabis. She states that he endocannabanoid system is part of why cannabis is so effective at treating PTSD and other mental trauma. Cannabis is showing promise for use with cancer, crone’s disease, and many other diseases.

[19:10]  Barbara takes medical cannabis drops (but without THC, the ingredient that gets you high)  for her arthritis. These drops have also treated lingering PTSD from her childhood.

[21:16]  “The Secrets of Medicinal Marijuana” is her book on medical cannabis, which she wrote a year ago.

[23:48]  Barbara discusses the levels of group therapies she and her husband have set up. They co-lead the groups. Her and her husband, Charles wrote a book about working together, “The Power of Humility”.

[27:00]  Barbara reports that a highlight of her work has a therapist has been a connection with “source”. She has the sense of being an instrument of a healing power that comes through her. She also discusses a conference she attended in Scotland about near death experiences.

[30:00]  Barbara talks about her therapy business. She and her husband don’t accept insurance, but will send clients home with itemized receipts. They do get crisis calls late at night, which is challenging.

[31:20]  Barbara talks about seeing clients from outside her location. She doesn’t take video clients, but people travel to work with her.

[35:15]  Barbara breaks down some myths around cannabis addiction.

[36:11]  Barbara’s advice to people who need cannabis education material: look up Green Flower Media. It has information on growing the plant, working with children, presenting to groups, and more.

Barbara is a consciousness researcher, therapist and author and co-author of 10 books on healing from repeated trauma, the emotional needs of critical care patients, and integrating spiritual experiences. She is in private practice in Atlanta Georgia with her husband, Charles Whitfield, best selling author and physician. They do individual and group psychotherapy addressing repeated childhood trauma, PTSD and other problems in living.

“My practice filled very quickly after Juliet wrote the copy on my website. I recouped my investment – and more– within a few months of having my website up. I know the reason for this is the tight, targeted copy on my site. How do I know this? Because when people write me to let me know they want to work with me, their emails are very personal. They tell me how much my website copy resonated with them and are ready to commit to working with me before we have even spoken! My practice is now… END_OF_DOCUMENT_TOKEN_TO_BE_REPLACED

“When I was first referred to you for help with marketing I was lost and I didn’t know what to do to build my massage therapy practice. I was afraid to take any steps in fear of taking the wrong ones. You helped me create a great message on my website focusing on my ideal clients and then you helped me market my practice effectively. With your expert knowledge and skills, I became excited and motivated about my massage practice again. Most importantly, I have 3 times as many clients! Thanks … END_OF_DOCUMENT_TOKEN_TO_BE_REPLACED

“I would highly recommend Juliet as a copywriter and a marketing coach to anyone who is starting up in business. Her copywriting skills alone are worth their weight in gold. I wasted more than £600 on two previous websites until Juliet helped me write the copy on my current site. It’s proving to be very successful in attracting clients. I can’t thank Juliet enough for all the help and encouragement she gave me. You may think she is costing you money, but I promise you her help and advice… END_OF_DOCUMENT_TOKEN_TO_BE_REPLACED