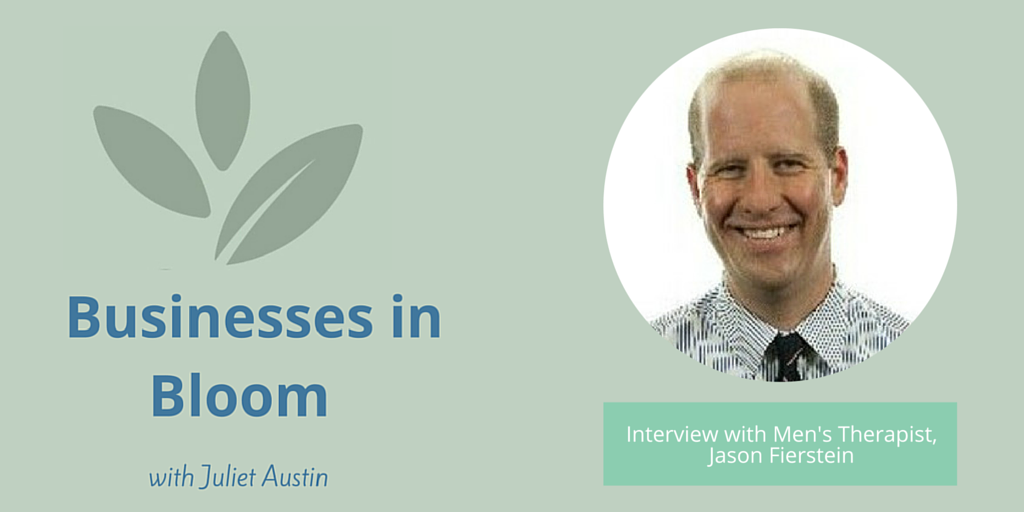 Jason is an inspiring therapist who sees 30-35 clients per week. After leaving a corporate job, he studied to become a therapist and then worked diligently to build a therapy practice seeing men primarily around relationship problems.

Jason has sought advice and invested time and money in educating himself about marketing and it has paid off. Jason shares how he uses his blog to attract clients via search engines and works with professionals in the community to get therapy client referrals.

NOTE: The minute markers below are for the audio, not for the video.

[1:38] – After working in corporate America, Jason went to graduate school and studied psychology.

[4:51] – Jason talks about the myriad of needs he gets met by being a therapist in private practice.

[5:38] – Jason mentions that he sees 32-35 client hours per week and states he is fierce about his self-care when he is seeing so many clients.

[7:18] – Jason shares how he found his niche of working with men and how he focuses on a lot of issues that he had to overcome. He also discusses how he works with women who come to see him about the problems they are having with men they are in a relationship with.

[10:48] – Jason talks about his long term goals and his desire to hire more therapist clinicians to work on his private therapy practice.

[12:42]- Jason discusses the marketing tactics he has used online to build his practice and how he wants the best results. He, therefore, has invested money in getting the help he needs in building his practice.

17:42- Jason states that he felt terror for the first  2-3 years of building his business and the fears he had about money and his ability to succeed.

[22:10]- Jason describes how much he loves working for himself as a therapist.

[26:28]- Jason offers his advice to other therapists on building a counseling practice.

“As ‘the man that men will talk to,” Jason is the practice owner and therapist of Phoenix Men’s Counseling in Phoenix, Arizona. He works with men and couples helping them to achieve better mental health, happier relationships, and more fulfilling work lives.

He specializes working with men helping them with relationship issues that they struggle with and helps “nice guys,” (guys that can’t say no to others) become more assertive. You can visit Jason’s website at www.phoenixmenscounseling.com and get his free relationship ebook for men, “The Guy’s Airbag.”

“My practice filled very quickly after Juliet wrote the copy on my website. I recouped my investment – and more– within a few months of having my website up. I know the reason for this is the tight, targeted copy on my site. How do I know this? Because when people write me to let me know they want to work with me, their emails are very personal. They tell me how much my website copy resonated with them and are ready to commit to working with me before we have even spoken! My practice is now… END_OF_DOCUMENT_TOKEN_TO_BE_REPLACED

“I would highly recommend Juliet as a copywriter and a marketing coach to anyone who is starting up in business. Her copywriting skills alone are worth their weight in gold. I wasted more than £600 on two previous websites until Juliet helped me write the copy on my current site. It’s proving to be very successful in attracting clients. I can’t thank Juliet enough for all the help and encouragement she gave me. You may think she is costing you money, but I promise you her help and advice… END_OF_DOCUMENT_TOKEN_TO_BE_REPLACED

“When I was first referred to you for help with marketing I was lost and I didn’t know what to do to build my massage therapy practice. I was afraid to take any steps in fear of taking the wrong ones. You helped me create a great message on my website focusing on my ideal clients and then you helped me market my practice effectively. With your expert knowledge and skills, I became excited and motivated about my massage practice again. Most importantly, I have 3 times as many clients! Thanks … END_OF_DOCUMENT_TOKEN_TO_BE_REPLACED